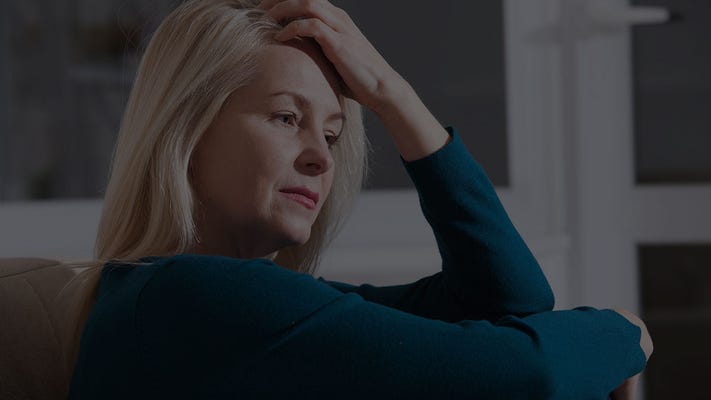 It’s time to let go of the stereotypes suggesting that sleep apnea is a disease for older males because this sleep disorder can affect both men and women of all ages. However, because sleep apnea in women looks different, it’s often missed and could negatively impact women’s health as a result.

The Prevalence of Sleep Apnea In Women

This gap might be getting even smaller. In another study sleep apnea, symptoms in women were found in 50% of participants between the ages of 20-70. However, women are diagnosed at a much lower rate.

Why Is Sleep Apnea Missed In Women?

Sleep apnea is considered to be a disorder that primarily affects males with a few classic symptoms such as loud snoring or chronic daytime fatigue. These are classic red flags for doctors to check off the list. However, women often display different signs of sleep apnea, making it more difficult to diagnose.

Note: While snoring is a common sleep apnea symptom, you can still have OSA without snoring. 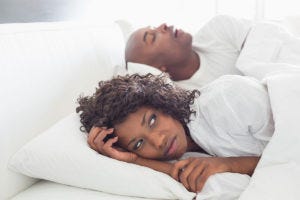 Men are also heavier sleepers than women. This could be due to hormone fluctuations that impact sleep during menstruation cycles that men don’t have. As a result, women are more likely to wake up and alert their partner to loud snoring or sleep disturbances while men often sleep through the night as women snore, toss and turn, or frequently get up. When men are told about their sleep-disordered breathing they are more likely to see a doctor about it, while women often have their symptoms missed during the night.

Note: Women may have similar sleep apnea symptoms to men and may not. If women do experience loud snoring or chronic sleepiness during the day, they could be at a higher risk.

Women may also experience different sleep apnea risk factors than men, making it easy to miss. Obesity, smoking, and having a family member with OSA are common sleep apnea causes in both men and women.

However, Risk factors unique to women include:

Weight distribution – Weight is distributed differently between men and women. For example, women have more weight on their chest wall which may add pressure to their lungs and add to fatty tissues around their throat as they sleep. The added weight may make it easier for the throat to collapse blocking the airway and more difficult for the lungs to pull in oxygen, leading to apneas, or periods during sleep when breathing stops.

Pregnancy – The weight gain associated with pregnancy can place more pressure on the lungs and fatty tissues around the throat as well. OSA in pregnant women can contribute to other health conditions such as gestational diabetes, preeclampsia, and high blood pressure. Sleep apnea in pregnant women may also increase the risk of pregnancy complications that require intensive care. 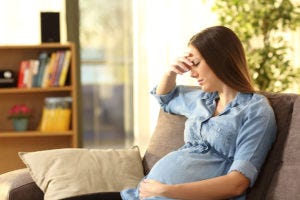 Menopause - The hormonal changes that occur during menopause greatly increase the risk of developing sleep apnea. In fact, up to 67% of post-menopausal women have been found to have OSA.

One of the likely culprits for this connection is the decline in progesterone and estrogen– two hormones linked to helping women fall asleep and stay asleep. In addition to it’s sleep-inducing effects, progesterone acts as a respiratory stimulant, helping to maintain muscle tone in the upper airways during sleep. A decrease in this hormone may explain why many women report an increase in snoring during perimenopause and menopausal transition.

Meanwhile, the decline in estrogen also contributes to the experience of hot flashes, which increase core body temperature and may prevent the production of melatonin– another hormone connected to healthy sleep. In addition to OSA, women experiencing menopause also frequently experience sleep onset insomnia and excessive daytime sleepiness.

Polycystic Ovary Syndrome (PCOS) – PCOS is a hormonal disorder common among women at reproductive age when the ovaries produce more male hormones than normal. The ovaries may also be swollen with cysts around the outer edges. When studied, women between the ages of 20 to 50 that had PCOS were much more likely to have sleep apnea, regardless of their weight. There were also more likely to develop type 2 diabetes.

Due to these differences in symptoms among men and women, sleep apnea is often misdiagnosed in a majority of cases. Instead of receiving proper diagnoses to protect their health, sleep apnea symptoms in women are often attributed to:

Effects Of Sleep Apnea In Women

Not only does sleep apnea look different in women, but it may affect their health differently as well. The real risk involved with sleep-disordered breathing is when it remains undiagnosed and contributes to other health conditions, such as the ones listed below.

Sleep apnea is more dangerous for women’s hearts. A recent study revealed that women who reported having sleep apnea had an increase in the thickness of the left ventricular mass. Meaning their left heart chamber was larger and had to work harder to pump blood. This extra stress on the heart could cause heart disease.

Women may also experience more apneas during REM sleep that are associated with atherosclerosis or the thickening of artery walls. This is a major cause of heart attacks and strokes.

It’s no secret that a bad night of sleep can be depressing. But women with sleep apnea get poor sleep every night. While one study showed that over 90% of participants with OSA had depression. However, women seemed to experience depression more often and had more severe symptoms of depression.

Sleep apnea may also increase the risk of obesity in women by making it more difficult to maintain the energy to work out and diet due to hormonal changes and metabolic disturbances. The hormone leptin which is responsible for signaling that the body is full is significantly reduced in people with sleep apnea while ghrelin, the hormone signaling hunger is increased.

How To Test For Sleep Apnea

If you have any signs of sleep apnea visit with your doctor to discuss your symptoms and ask about having a sleep test performed to see how your oxygen is being affected during sleep.

There are two different types of sleep apnea tests that your doctor may recommend:

The at-home sleep apnea test will be shipped directly to your home for you to wear during one night of rest. The kit comes with a finger probe to wear on your finger in order to measure the amount of oxygen in your blood, as well as your heart rate.

The kit will also come with a cannula to place in your nose, similar to an oxygen cannula to measure airflow as well as a belt to be worn around your chest with a device attached to measure your sleep positioning and effort.

After you wear the device for one night, return it and a qualified sleep clinician will review your results and contact your doctor.

More severe sleep apnea symptoms may require a lab sleep study or polysomnography.  For this type of test, you will visit a sleep lab to rest overnight while being connected to a variety of machines to provide deeper insights about your sleep-disordered breathing.

Polysomnography provides a better look at how severe your apneas are and how long they last by measuring your heart rate, oxygen saturation, respiratory effort, limb movement, and more.

While lab sleep studies are often the more expensive option, they will help doctors better understand your health to effectively treat sleep apnea with the proper CPAP pressure settings.

How To Treat Sleep Apnea

If you test positive for sleep apnea there are a few different ways to treat it. There are a variety of surgeries to widen your jaw or to fix a deviated septum to correct breathing issues and losing weight can help reduce pressure around your airway.

However, the number one treatment option involves the use of a CPAP or continuous positive airway pressure device while you sleep. CPAP machines provide a steady flow of air to hold your airway open during the night.

This way your body receives the oxygen necessary to mentally and physically repair your body during the night. A variety of studies show that with the use of CPAP women have improved rates of weight loss, improved moods, more energy, healthier hearts, and much more.

You don’t have to live tired. Speak with your doctor today to receive your sleep apnea test and CPAP prescription. Then we will assist you with getting your CPAP through insurance to experience better health.

The Best CPAP Supplies For Women

Because sleep apnea cases are on the rise for women there are CPAP devices and supplies that are specifically designed to cater to women’s needs such as the:

The AirFit P10 has a thin frame to fit the slimmer contour of a woman’s face for a secure seal and comfortable fit and the ResMed AirSense has a built-in algorithm to recognize the sensation of a woman’s breath to automatically adjust to your unique breathing pattern. Be sure to ask about these items when getting your CPAP through insurance.

Note: This content was medically reviewed by Michelle Worley, RN, Director of Pulmonary. This is not a substitute for medical consultation.

Posted in Sleep Apnea and Health

← PREVIOUS
How To Use Your CPAP For Allergy Relief

NEXT →
Tips for Getting to Sleep with your CPAP Machine